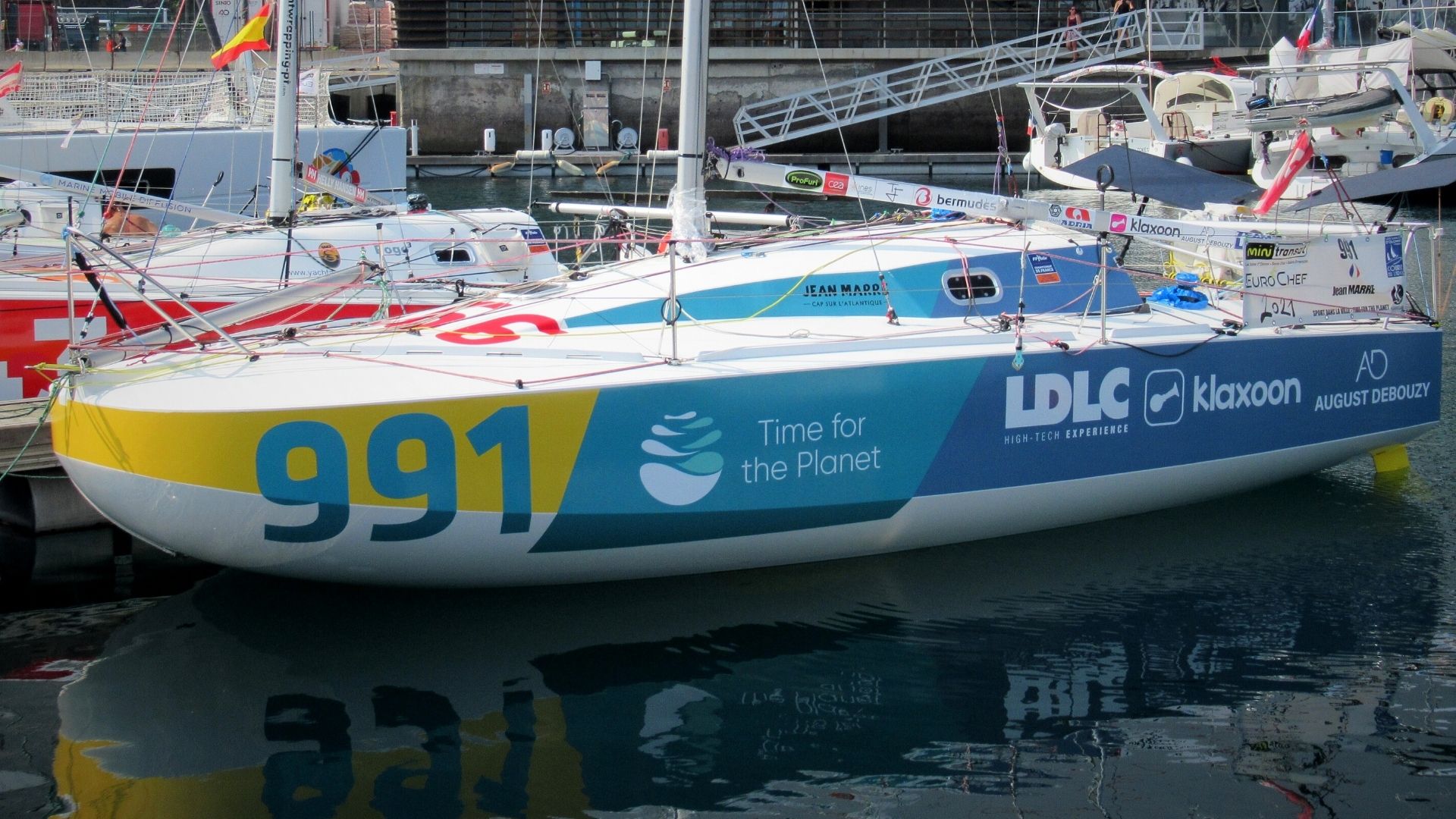 From an original fleet of 90 boats, an impressive 87 6.50m single-handed Mini Transat skippers finished the punishing first leg from Sables d’Olonne, despite heavy fronts and even orca attacks; now berthed in Marina La Palma in the Canaries.

Light ash from the Cumbre Vieja fissure eruption on the other side of the island, where dramatic fiery plumes shoot out of the various openings and smoke columns reach some 4km into the sky, occasionally falls across the island, covering decks in a black frosting. This can be particularly troublesome if these tiny shards get into winches or instruments, but skippers in the marina were relatively sanguine, taking precautions with covers where necessary, using leaf blowers to shift the dust, and more concerned for those who had lost their homes.

It’s hard to fathom just how extraordinary this race is and how much passion is generated by the event, giving rise to a huge level of interest and phenomenal crowds of volunteers offering their help. These are the tiniest boats in offshore racing with some of the biggest stories. It is the race that can launch careers and change lives, a melting pot for design and a model of human adversity.

The Mini Transat is perhaps also best known for “l’esprit Mini”; a culture of camaraderie and cooperation in the name of extreme offshore sailing, where skippers rally round to help each other with repairs and essential spare parts and kit are sometimes donated just minutes before the start at significant personal risk, avoiding fellow competitors having to pull out. Getting to the start line however is a marathon in itself, as despite being a relatively accessible transat cost-wise, obtaining sponsorship is still required to buy the boats, fit them out and pay for the additional expenses. The current climate as companies struggle to pick themselves up after COVID, has meant that some skippers have had to get creative, using options such as crowdfunding to finance their campaigns.

Finding space for an extensive race fleet, 11 accompanying safety vessels and an army of RIBs for almost an entire month during peak season in the Canaries is no easy task. The current organisers, Korrigan, fell in love with La Palma however, recognising a community spirit that chimed perfectly with the culture of the race.

Rumbling ominously during race preparations, Cumbre Vieja finally erupted just before the race was due to leave, creating potential havoc. With a finishing line well north of the islands in case of any necessary deviation, Marc Chopin, the race organiser, explained that after having spoken to the islands’ volcanic emergency response team and discussed the situation, continuing to La Palma was an easy decision: “Life needs to go on at times like these, you can’t just pull out. It was important for us to show solidarity”.

Having asked the island government how they could help, Mini skippers have been busy clearing school yards of ash, so that the children can take their breaks outside. They have also invited those children particularly affected by the eruption, to sail out with the fleet on the traditional “prologue”; a friendly race preview in local waters, giving skippers the chance to get back on the water, connect with locals and test any repairs prior to the start in a week’s time.

This beautiful biosphere reserve is a marvellous example of the man-and-biosphere philosophy, with breath-taking scenery, with visitor routes maintained by some effective and carefully balanced stewardship. La Palma has lived through volcanic eruptions, pirate attacks, colonialisation, storms, forest fires, quakes, drought, and flooding, with plenty of these taking place within the island’s cultural memory, and yet visitors will attest to a people that are friendly, open and generous. Resilience has almost become a buzzword in recent times, but here, amidst a natural disaster, the sense of solidarity and determination is palpable. It is a deeply humbling experience.