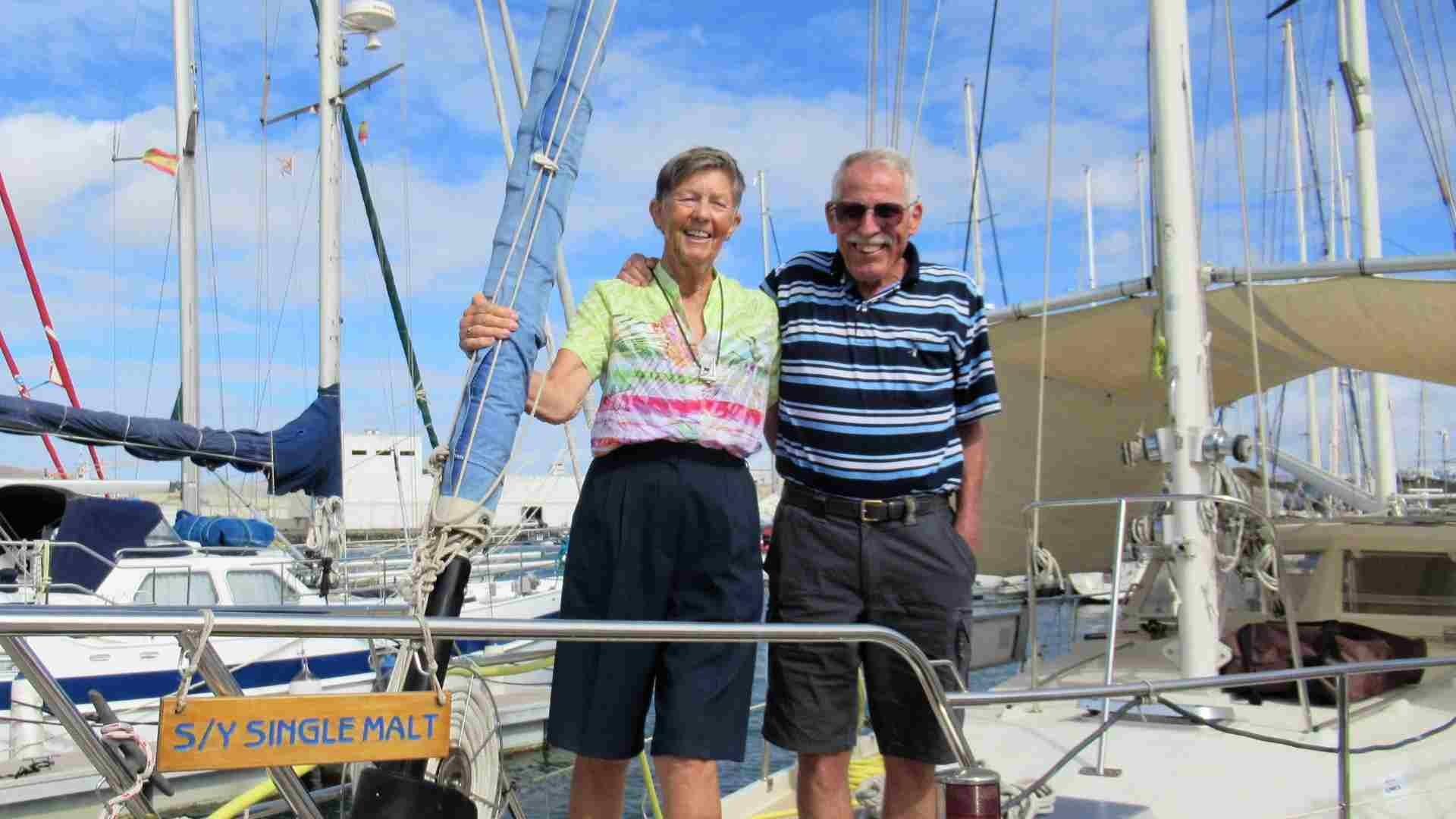 As marinas race towards adopting an innovative, digitally- and IOT-connected future, pandemic concerns and increased security measures on pontoons have exacerbated a growing lack of opportunities to socialise and share practical skills. Traditional cruisers, enrichened by their offshore experiences, consider how marinas could contribute to conserving collaborative values.

Life onboard SV Single Malt, as the name suggests, encapsulates another world with a different rhythm. The Amel Sharki 39 is meticulously maintained and gear on board is practical, essential, and low-tech, with the sealant barely dry around some recently installed mooring cleats - a necessary concession to marina berthing. Owners Almuth and Edi are warm, hospitable and eager to share their cruising stories.

Edi became an avid sailor during his time training to be a British Merchant Navy Officer at the School of Navigation of the University of Southampton, before becoming an Officer in the Swiss Army and working occasionally as navigator on sail training ships Sir Winston Churchill and Malcom Miller. Almuth stepped on board as a complete novice, joining Edi in Kusadasi, Turkey. By Gibraltar, Almuth declared her desire to sail around the world. Fourteen and a half years later, including over eight years spent in the Pacific, they completed their circumnavigation.

Their memories of voyages are centred around the people they met, and often feature how cultural misconceptions gave way to new and rewarding experiences. From making the local news after Edi accidently hooked a Russian torpedo with a 450kg explosive warhead in a quiet bay in Finland, to making firm friends with supposed pirates, they have a rich haul of tales.

Cruising has been financed by living from their pensions and an extremely careful use of resources on board. This means travelling slowly, and patience, admits Almuth is a skill she has had to learn. There are few of today’s modern comforts on board, but the need to step ashore to find a stream for washing clothes invariably led to connecting with local people, via village children. They recall multiple instances of the unexpected generosity of strangers and being invited to family celebrations. They reciprocated with what they could offer and were rewarded with fascinating cultural experiences.

Coming into a shared anchorage was also generally a social occasion, cruisers collaborating by exchanging repair skills, parts, or tools, with comradeship developed over shared meals.

Back to today, the latter months of COVID have generated record figures of new boats, putting a great pressure on limited berthing. Anchorages are crowded with large multihulls and those waiting for berths to free up in marinas.  Once tied up in port, pontoons are now often gated, making it hard to wander around and meet other like-minded cruisers. “Few people say take the time to greet each other, and we are churned out of our berth when the rallies come into town”, laments Edi.

When asked what can be done so that marinas can improve the quality of experience for visiting offshore cruisers, Edi and Almuth describe how simple and relatively inexpensive services can make a huge difference. Barbecue facilities or a shaded and sheltered area for working or chatting with others means that people from different boats can eat together without disturbing other boats or causing a fire risk on the pontoon. A basic get-together organised by the marina around traditional celebrations, is a great way to be made to feel welcome and to meet other sailors. Various marine-related businesses operating in the area can come together to promote local services to cruisers (over drinks, naturally!), and allow crews to exchange ideas with representatives, or indeed, with each other.

The last year has seen a huge surge in boat sales with perennial blue-water routes reopening to a record number of boaters, bolstered by those with postponed plans stemming from COVID containments. In the midst of all the mayhem, it may benefit marinas to ensure that they reserve a quiet moment to listen to those cruisers, who, in the middle of the ocean, will be there with the time-earned skills and resources to gladly help others at sea.